Welcome to our website which is currently under construction.

We’d love to chat about how The People’s Gym can help you to keep fit or even train for a career in boxing. 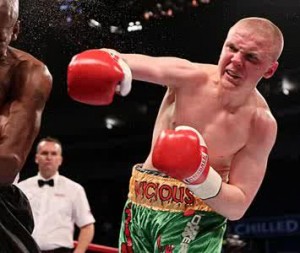 As an amateur Kieran was a National Junior ABA champion, 3x National finalist, represented his country winning a Multi-Nations Gold Medal in Bydgoszcz, Poland before winning the GB 3 Nations at Flyweight.

Kieran adopted “Vicious” as his boxing nickname and was trained by Bobby Rimmer in Manchester for his first eleven paid contests, winning eight on points and two by knockout.

He then teamed up with Irish trainer John Breen where he engaged in another four paid contests including a UK Lightweight Central Area title bout where he defeated previously unbeaten Joe Elfidh (7-0) by way of knockout in the fifth round.

Kieren was forced to retire from boxing in January 2013 after suffering damage to his brain in his fight with Anthony Crolla.